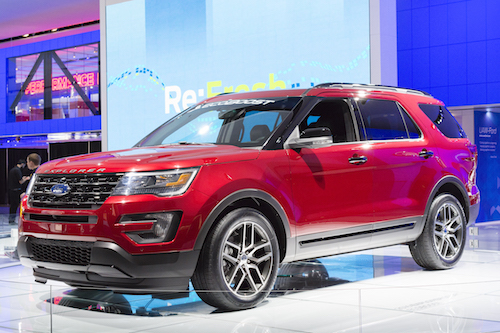 Dearborn-based Ford Motor Co. is shortening its traditional two-week summer shutdown to one week in some of its SUV plants, which will allow the company to build 22,000 extra SUVs. General Motors Co. says it will avoid the traditional summer shutdown and work throughout July at its plants that build SUVs, crossovers, and pickups, while FCA US will keep its Jefferson Avenue Assembly Plant open in July, along with other manufacturing facilities.

“Strong customer demand for our SUVs means we will operate some of our North American plants during the traditional two-week summer shutdown,” says Gary Johnson, vice president of North American manufacturing at Ford.

Ford’s SUV assembly plants in Louisville, Ky.; Chicago; and Oakville, Ontario; as well as their supporting facilities, will shut down for only one week in July. GM will keep several plants open throughout all or most of July, including facilities in Hamtramck, Flint (Delta Township), Texas, and Indiana.

Company officials say the need to manufacture extra vehicles this summer is the result of Ford SUV’s having their best sales in the company’s history.

“Our SUV assembly plants will continue to build vehicles to make sure we have enough of our popular SUVs to meet customer demand.” Johnson says.

This is the fourth year that Ford has shortened its shutdown at various facilities due to customer demand.

The company’s Kentucky truck plant will also have a shortened shutdown as workers prepare for the launch of the Super Duty truck later this year. The remainder of Ford facilities will continue the traditional two-week shut down July 4 to 15 for scheduled maintenance and retooling.