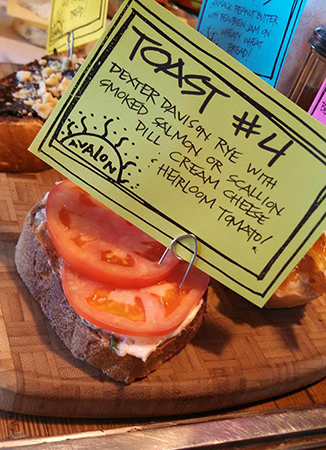 A new Avalon International Breads dry goods store is set to open in Detroit’s Belt Line this fall, says Jackie Victor, co-founder of the company which has a store in Midtown and another inside Henry Ford Hospital.

While the opening date has yet to be determined, the new location will base itself within the company’s bakehouse at 4731 Bellevue near the former Packard Plant. To begin, the store will focus on day-old and overruns of breads and baked goods, priced at $3 each.

“I think it’s safe to say that this is a neighborhood that could be considered a food desert,” Victor says. “There’s a lot of need for food in this area. It’s a very scrappy industrial neighborhood surrounded by a lot of residential, and we think it’s very rich in opportunity. We want to give the people who live and work here a place to get some decent food for lunch or breakfast.”

The new location is part of a collaboration between Avalon and Heritage Co. 2 Architectural Architects, an architectural, industrial salvage, and antiques showroom that will design and retrofit the space with reclaimed and recycled materials.

“(Heritage Co. 2’s president) Marisa Gaggino found an old stencil in a Detroit Public Schools building years ago that says, ‘A Beautiful Detroit Begins With You.’ And that’s what this project is all about — it’s a very exciting next chapter for Avalon,” Victor says.

She adds that when Avalon first opened is Midtown location, it was in an underserved neighborhood that the landlord had described as “not ready for windows.”

As a pre-launch to the new location, Avalon and Heritage Co. 2 will begin selling T-shirts at the bakery’s location at 22 W. Willis St. on Monday.

The Midtown store also recently launched a “toast bar,” which specializes in gourmet toast selections and is open from 6 a.m. to 10 am. Monday to Friday. September offerings, priced at $3.75 per slice, include mascarpone and Beau Bien’s peach Riesling preserves served on Farnsworth family farm toast; and chocolate ganache, roasted hazelnuts, and sea salt on challah toast.

Correction: An earlier version of this article said the new Avalon location would serve as both a cafe and dry goods store. However, it will only serve as a retail outlet. There will be no seating.