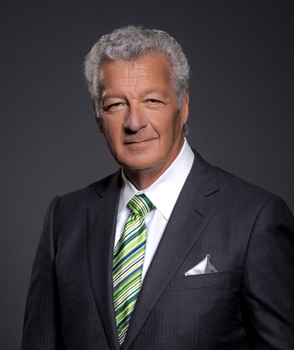 The Garden Party Foundation will host its annual Garden Party fundraiser event, which features tastings from more than 20 local restaurants, 100 different wines, and a classic car display, on June 12 at Meadow Brook Hall in Rochester Hills. The foundation will also host a second event at Petoskey-based North Central Michigan College on Aug. 14. Syd Ross, founder of the Garden Party Foundation and president of Great Lakes Wine & Spirits in Highland Park, spoke with DBusiness Daily News on the history of the foundation, the importance of charitable events, and organizations he’d like to contribute to in the future.

DDN: What inspired you to create the Garden Party Foundation, and how did you get started?

Through the years, we’ve had the privilege of being involved with a lot of different charities, and (over time) we really liked this one food and wine event that was put on by the Jonna family. They put (the event) on for years to raise money for Sarah Fisher, an orphanage in Farmington Hills, then they sold their stores (Merchant of Vino to Whole Foods), and basically the event just evaporated for quite a while. We merged our company, Great Lakes Wine & Spirits, with another family business, the J. Lewis Cooper Co., in 2008. At that point, we had a pretty neat company, and I got this idea with my wife, Elizabeth, and the Cooper family, to resurrect this event, The Garden Party. We represent almost 5,000 wines. So consequently, we have some very generous suppliers that are more than willing to do this event. On top of the charitable aspect of it, it is self-serving to them because we end up with (some) 700 potential consumers at this event, and because of our relationships (with restaurants), it’s far easier for us to ask a restaurant to do this for us than somebody that’s just a stranger. So filling the two major parts of a food and wine event is really easy for us, which could be hard for someone else.

DDN: How do you select which organizations to raise money for through the Garden Party Foundation?

I’m one of those guys that gets an idea, and then I figure it out later. A friend of mine introduced me to a gentleman named Bill Seklar. We included his charity — at that time he was running the Children’s Leukemia Foundation of Michigan (in Troy), so they became our first charity we supported. The other aspect of it was that, because of the nature of what we do — and again self-serving — we brought in a culinary school. We went to several and one that wanted to be involved was Oakland Community College. So on top of helping the Children’s Leukemia Foundation, we also were helping Oakland Community College’s culinary school, and that again was good for the industry, and a good educational institution. So those were the two it started out with. And over the years, we’ve modified the event and added a couple more charities.

DDN: Why is the Garden Party important to the community, aside from the donations to charities?

What’s really cool about (the Garden Party) is the fact that the tickets are only $150. I want the restaurants to have the opportunity to show their best stuff off to a lot of people. That being said, we capped the (attendance) number at about 600 to 700 guests, because I didn’t want to (overload) the restaurants — it’s a very expensive event for them between time and product. The thing that is really interesting with what’s happened with (the event) is that when I would go to (other) charity fundraisers, I would see my wife and I there. By that I mean, I’m in my mid to late 60s, and it is basically our contemporaries that are continually showing up to these events. If charities are going to prosper, they have to be renewed with younger people. So, we created this really neat, fun event that ends up benefitting charities. (Attendees) come to this event and pay the $150 because it’s a great food and wine event, and then they realize afterward, or sometimes during, that they’re actually donating to a charity, and it just gets them started in that.

DDN: What other charities or organizations do you plan to support?

What I’m really passionate about is trade schools. The reason why is really simple. Do you know what the true purpose of education is? It is self-sufficiency. There’s this total absence of a robust program that is taking these kids that really are smart kids, but college is not for them. We’ve (worked with) OCC’s culinary program since the beginning and now we’re expanding into their other trades and allowing them to use money for some of the other things. We are diversifying the community by bringing in Macomb Community College trade schools. So we’re now operating east and west. And in the future, we’re doing a food and wine event up in Petoskey to benefit a trade school up there. That’s this summer, so we will have two events this summer.

DDN: Aside from your work with the Garden Party Foundation and Great Lakes Wine & Spirits, what do you do with your time?

My motto is, ‘I think of more things before breakfast than most people think all day.’ I have a number of muscle cars — the classics — so I like those. I’m still a member at Oakland Hills (Country Club in Bloomfield Township), so I like to get out there once in a while. I wake up every morning and I smile. I mean; I’m so blessed. I started a company over 40 years ago. Who would’ve thought that I’d be here today talking to you about something like this? How can you not be happy about that?