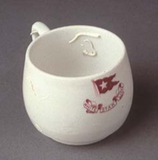 The Flint-based Sloan Museum will host the largest touring Titanic exhibition next year, which features 100 authentic artifacts from the ship’s debris along with room re-creations.

“For myriad reasons, people are still intrigued by this wonderful ship, the tragedy that happened to it, and the people on it,” says Cathy Gentry, marketing director for the Sloan Museum. “The history and being able to see things that existed more than 100 years ago — those kinds of things will pull people in.”

Each person who visits the 5,000-square-foot Titanic: The Artifact Exhibition at the Sloan Museum, located at 1221 E. Kearsley St., will receive a replica-boarding pass of a Titanic passenger. Visitors will walk through a chronological journey of the Titanic that details the ship’s construction, life on board, the sinking, and rescue efforts.

The exhibit will also feature a memorial gallery where visitors will be able to find out if the person on their boarding pass survived the wreckage.

Among the items to be on display: Perfume from a producer who was traveling to New York to sell his samples, china etched with the logo of the White Star Line, and various pieces of the ship.

“It’s a great exhibit to be able to showcase to mid-Michigan,” Gentry says. “We’ve not had an exhibit this large at our building ever before.”

Sponsored locally by Health Alliance Plan, Titanic: The Artifact Exhibition will be held at the museum from Jan. 21-May 21, 2017. Tickets will range from $5 to $14.

The traveling exhibit, which is put on by Premier Exhibitions, was previously displayed at the Dearborn-based Henry Ford Museum and the Grand Rapids Public Museum.