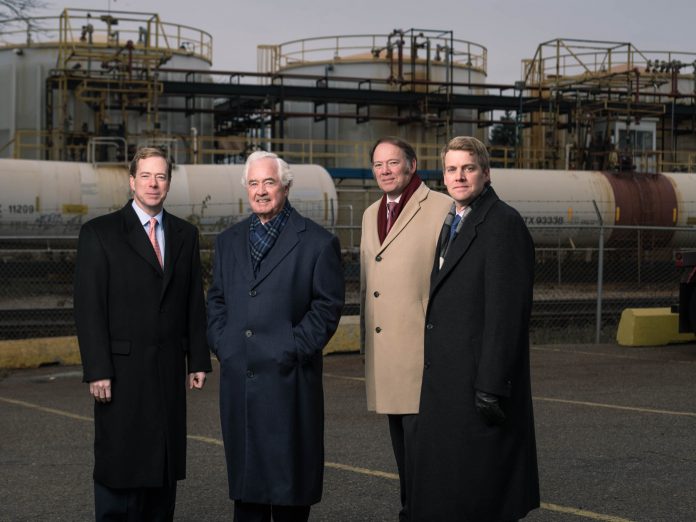 As part of a planned succession transition, the board of directors of PVS Chemicals in Detroit today announced it has voted to make two leadership changes. Effective July 1, Jim M. Nicholson will move from president and CEO to co-chairman of the board. He will serve alongside his father, James B. Nicholson, who will continue his role as co-chair. Another son, David A. Nicholson, will take on the role of president and CEO after serving as group CEO for PVS manufacturing assets.

“I couldn’t be prouder of the success we’ve earned under Jim M. as president,” says James B. Nicholson. “I’m looking forward to sharing the chairman’s role with him, and we both have great expectations as David takes the reins as president and CEO.”

During his 23-year tenure, most recently as president and CEO, Jim M. Nicholson presided over top- and bottom-line growth, a workforce increase of more than 30 percent, and the largest acquisition in PVS’s history. The company also upgraded the IT infrastructure and expanded the company footprint with additional facilities and capabilities around the world.

“It’s been an honor to lead the PVS Chemicals team in managing ever greater complexity over the past several years,” says Jim M. Nicholson. “Thanks to strong board guidance, our organization is well positioned for new growth. I am confident David and the PVS team will execute our strategies and manage the market opportunities inherent in our dynamic industry.”

David Nicholson joined PVS in 1999. He oversaw the expansion of the PVS Minibulk distribution business from three Midwest markets to 12 markets nationally. He also restructured PVS European businesses in the Netherlands, Belgium, and Germany before moving to the company’s corporate headquarters, where he leads the teams focusing on manufacturing, mergers, and acquisitions.

“I look forward to leading PVS and working with my brothers Tim, as COO, and John, as executive vice president,” says David Nicholson. “We plan to build on the successes forged by our father and our brother Jim, as we focus on delivering growth and shareholder value while staying true to our vision, especially our commitment to safety.”

PVS Chemicals Inc. was founded in Detroit in 1945. The company has more than 1,300 employees worldwide working in 13 companies and subsidiaries. The company has facilities and operations in the U.S., Europe, Canada, and Asia.