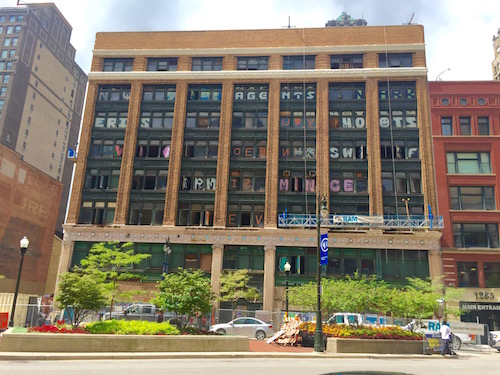 Fresh from its tenure as one of the sets for the upcoming film, Transformers: The Last Knight, the historic Farwell Building in Detroit’s Capitol Park is shifting into high gear toward a complete renovation into 82 residential apartments, office spaces, retail and restaurant areas, and a rooftop deck.

Projected to be complete in fall 2017, the restoration of the Farwell Building joins the renovation of every structure that borders Capitol Park, site of the state’s first Capitol before it was moved to Lansing in 1847. The original Capitol building was converted into a high school, but following a fire it was torn down and replaced with a triangular park in the 1890s.

The owners of the Farwell Building — Capitol Park Partnership in Detroit — last summer renovated the Detroit Savings Bank building at the northeast corner of Griswold and State streets into 56 loft apartments and office space.

In turn, the partnership is currently renovating Capitol Park Lofts at the southwest corner of Griswold and State streets into 63 apartments and 17,000 square feet of commercial space. The project is expected to open in November. The group also owns the 140-space Griswold Parking Garage at Griswold and Grand River Avenue.

“The Farwell Building is one of those iconic structures and has the only commercial lobby in Detroit designed by Louis Tiffany (of Tiffany Glass fame),” says Richard Karp, a partner of Capitol Park Partnership with Richard Hosey and Kevin Prater, during a tour on Thursday. “It’s been vacant since the early 1970s, so it needs a lot of work. It’s a once-in-a-lifetime project.” 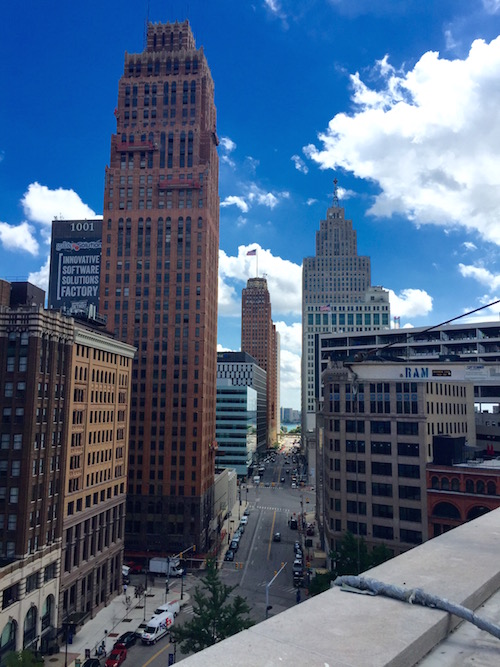 Built in 1915 by Jesse Farwell, a shipping and real estate magnate, the eight-story structure will offer apartments on floors three through eight. In addition to a light well in the center of the structure between the second floor and the roof, there will be four private balconies on the fifth floor.

The apartments will include studio, one-bedroom, and two-bedroom units. The second floor, which spans 12,000 square feet, will be converted into office space. The first floor and lower level will offer space for retail and service firms, along with a restaurant or two. Some of the commercial and office space has been leased, Karp says.

The partnership plans to renovate the lobby to the full extent possible, given scalpers have removed the original Tiffany ceiling fixtures along with portions of the glass tile in the dome ceiling. Still, many other original building materials remain, including iron and wood railing, marble floor, wall, and ceiling treatments, along with terrazzo floors on the upper levels.

Tiffany designed the building’s interior for lawyers, doctors, and other professional firms. The intricately designed lifts, since removed, will be replaced with two modern elevators. Several original walk-in safes will be removed to open up added space. One office included a fireplace, which may be restored.

“It’s like stepping back in time,” says Hosey. “There’s so much history about Detroit and Michigan in the Capitol Park district, and we know after completely leasing the Detroit Savings Bank building that people are looking to live and work in authentic spaces. It’s all here.”

The architect for the Farwell renovation is Kraemer Design Group, while the contractor is Buildtech Ltd., both located in Detroit

Transformers: The Last Knight, starring Mark Wahlberg, recently completed six weeks of filming in and around Detroit. It is set for release on June 23, 2017.