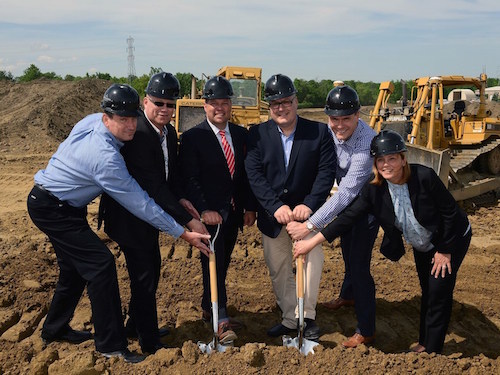 Jenoptik, a German-based global automobile manufacturer of metrology and laser machines, has broken ground on a $15 million technology campus in Rochester Hills to better support its engineering, production, sales, and services in North America. The company plans to open the new facility next spring.

“The state-of-the-art campus allows us to get even closer to our customers in the U.S. automotive industry”, says Michael Mertin, president and CEO of Jenoptik. “The building will be equipped with modern systems and materials for energy efficiency. We will markedly exceed U.S. and local standards and, for that purpose, we (added to our) budget.”

Mertin says the new location is the largest single investment by the company. The $15 million investment also includes the acquisition of the property along with construction. The site is located next to Jenoptik’s current facility on Hamlin Road.

The technology campus will cover nearly 16 acres, and the first phase will offer 100,000 square feet of space — half of which will be production space.

Jenoptik has had an in-house production facility in Rochester Hills since 2007. In 2015, the company generated around 20 percent of its group revenue ($143 million) in the Americas.