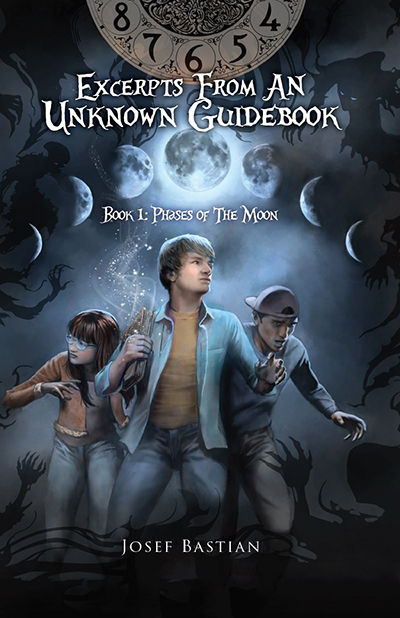 Folktellers, a Detroit-based publishing company, Thursday announced it has partnered with Ahmet Zappa, an American musician and writer, to further develop the evolving “Excerpts from an Unknown Guidebook Series” within the Folktellers brand.

Zappa, son of the late musician Frank Zappa, was brought into Folktellers by Stephen Sadler, a digital expert, entrepreneur, and the company’s newest partner. Zappa will bring his expertise in family programming and work to further develop the distribution of the Guidebook Series.

“I’ve had the pleasure of working with Ahmet for almost a decade. He’s not only a creative genius – he’s an awesome human being,” says Sadler. “I also have the same feeling towards Josef Bastian, the creator of Folktellers. So, I feel very blessed to be able to bring these two amazing talents together. I’m extremely excited to see what lies in the future.”

“Book 1: Phases of the Moon,” written by Bastian, is the first outing from the evolving Guidebook Series, which was founded by Bastian and Carl Winans nearly a decade ago. The goal is to provide a forum for “folktellers” to create storytelling experiences across a variety of traditional and digital platforms.

“To me, the world of Folktellers is an incredibly exciting sandbox to get to play around in,” says Zappa. “The opportunity to creatively work with Josef and the team to expand upon this already rich universe of dynamic stories is an opportunity I couldn’t pass up. Together, we’re going to do great things, and it’s my mission to help spread the good word about this epic franchise.”

Since its release in August, “Book 1: Phases of the Moon” has been named a finalist at the 2018 International Book Awards, a Mom’s Choice Gold Medal winner, and a Bronze Medal winner at the Moonbeam Children’s Book Awards.

“With the rise of transmedia storytelling, people can immerse themselves in our Guidebook Series adventures,” says Winans. “We’re right on the edge of something revolutionary, and now, with the addition of Ahmet, we have the key players to launch our global entertainment platform.”