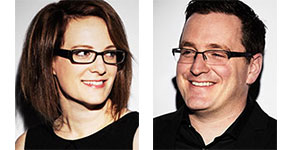 A new U.S operations executive team has been formed at Campbell Ewald to assist in the agency’s long-term business strategy.

“The changes reflect our gradual shift away from an operational structure built around a geography-based center of leadership to one that is discipline-based and thrives on the export of ideas and solutions between offices,” says Kevin Wertz, who was appointed in May as CEO of the Detroit-based advertising, marketing, can communications agency.

Shimmel will work as the agency’s chief marketing officer and be responsible for business development across all offices.

Phelps will take on the dual role of COO for the network and managing director of the Detroit office, a new post.

In addition to the executive leadership changes, various other appointments have been made to support the new direction, Wertz says.

Campbell Ewald’s headquarters is located in a historic office building, which was once the Hudson’s warehouse, adjacent to Ford Field in downtown Detroit. The agency also has offices in Los Angeles and New York.