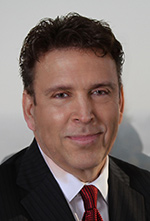 President Obama this month signed the Defendant Trade Secrets Act into law, creating a federal set of trade secret laws. While the future impact of the measure is debatable, the need for companies to understand the Act, and protect their trade secrets, is not. Businesses should review their trade secret protection practices in light of the new law and take appropriate actions — some immediately. This is especially true given the increasing theft of trade secrets.

In general, a trade secret is secret information that gives the owner an advantage over competitors, e.g., a chemical formula, a manufacturing process, or a customer list. Trade secrets are often the most valuable assets owned by a business.

Another goal was to curtail trade secret theft. During legislation, one report stated that trade secret theft losses could be measured in the hundreds of billions of dollars. Former Attorney General Eric Holder said, “There are only two categories of companies affected by trade-secret theft: those that know they’ve been compromised and those that don’t know yet.”

Under the Defendant Trade Secrets Act, an individual cannot “be held criminally or civilly liable under any Federal or State trade secret law for the disclosure of a trade secret” in certain situations.

More importantly, in any trade secret related agreements entered into or updated after May 11, an employer must provide notice to an employee, contractor, or consultant of such immunity rights in order to preserve the right to be awarded certain damages and attorney fees against any such person in the event of a trade secret dispute. Such notice may be provided in the agreement itself or by cross-referencing a policy document. Accordingly, businesses should take immediate steps to revise all employee, contractor, or consultant agreements relating to trade secrets.

The Defendant Trade Secrets Act empowers federal courts to issue an ex parte order — i.e. without notice to the alleged thief — “providing for the seizure of property necessary to prevent the propagation or dissemination of the trade secret.” As one industry insider testified, this will allow a business to “go to Federal court and in one action kick out an ounce of prevention rather than worrying about a pound of cure a week or two later, when we can get the … State courts involved.”

Accordingly, businesses should institute practices to detect trade secret misappropriation — such as through electronic means — as early as possible. Given the right circumstances, this will then allow them to obtain an ex parte seizure order to minimize the negative dissemination of such theft.

Under the “inevitable disclosure doctrine” employed by many states, employers have been able to enjoin employees from taking a new job merely by showing it would inevitably lead to a disclosure of the employer’s trade secrets. Under the Defendant Trade Secrets Act, a court cannot “prevent a person from entering into an employment relationship, and that conditions placed on such employment shall be based on evidence of threatened misappropriation and not merely on the information the person knows.”

Given this increased right of employment mobility, businesses should revisit their practices. For example, companies should institute employee exit strategies such that departing employee are reminded of their trade secret obligations, preferably in writing. As another example, the next employer should be contacted in writing and warned that the employee is restricted from disclosing or using trade secrets relating to certain areas of knowledge.

The Defendant Trade Secrets Act does not preempt state law; meaning that trade secret issues may now be governed by the Act, state law, or both. Accordingly, businesses should work with legal counsel to determine how the differences may affect them.

For example, the Act defines what constitutes a trade secret differently than most state law definitions. Accordingly, businesses may need to reevaluate their confidential information to determine what needs to be guarded as a trade secret.

As another example, information is protected as a trade secret only if reasonable measures are taken to keep it secret. While the Defendant Trade Secrets Act and the Uniform Trade Secrets Act use slightly different wording to state this obligation, it is unlikely that the new law will be interpreted to require different security measures. However, now is a good time for businesses to revisit such measures, such as restricting access, using appropriate agreements, and providing notice to others of trade secret obligations.

Given the increasing value and theft of trade secrets, businesses should reassess their trade secret protection practices in light of the new law — and take steps accordingly.

John M. Halan is a registered patent lawyer and shareholder with the intellectual property law firm of Brooks Kushman PC in Southfield. He specializes in patent and trade secret litigation and is the head of the firm’s trade secrets group. He also is a licensed engineer.