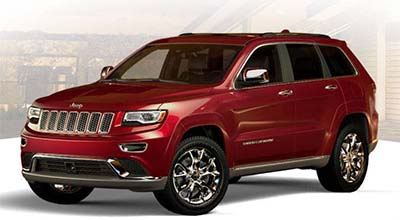 FCA US LLC, Ford Motor Co., and General Motors each reported single-digit annual sales increases in 2015 compared to 2014, due to lower gas prices and gains in employment and personal income.

FCA reported a 7 percent increase in sales in 2015 when compared to 2014, the automaker’s sixth consecutive year of annual sales growth.

“For the second straight year, the company has topped 2 million in U.S. sales,” says Reid Bigland, head of U.S. Sales for FCA US.

FCA posted a 13 percent increase in sales (217,527 units) in December compared with the same month in 2014, marking the automaker’s best ever December.

Jeep brand posted a 42 percent increase in sales in December compared to the same month last year, the largest sales gain of any FCA brand. Eight FCA US vehicles set records in December, including the Jeep Cherokee, Jeep Compass, and Jeep Renegade, who saw their best monthly sales ever. The Jeep Wrangler and Jeep Patriot each recorded their best December sales ever.

Ford sold 780,354 F-Series trucks in 2015, and sold a total of 220,586 vans in 2015, an increase of 32 percent compared to 2014. Sales of the Ford Edge and Explorer increased by double digits in 2015, while annual sales of the Escape remained relatively unchanged and sales of the Fusion and Taurus decreased.

Ford reported an 8 percent increase in sales (239,242 units) in December when compared year over year.

“December capped off six straight months of year-over-year sales gains for F-Series, with strong increases coming from both retail sales and the strength of commercial fleet orders, as we closed out 2015,” says Mark LaNeve, vice president of U.S. marketing, sales, and service at Ford. “Ford-brand SUVs delivered their best sales results in more than a decade, with our newest SUVs leaving dealer lots in a matter of days.”

LaNeve says F-Series sales were up 15 percent in December compared year over year, while Ford-brand SUVs reported a 13 percent increase compared to a year ago, its best December since 2003.

“The momentum that the Chevrolet Silverado and GMC Sierra have carried all year, hits like the Chevrolet Trax and Colorado, and innovative designs like the GMC Canyon and Buick Encore, have had a tremendous positive impact on our sales results,” says Kurt McNeil, U.S. vice president of sales operations at GM.