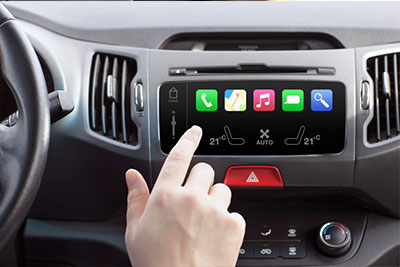 Leaders in cybersecurity from across the U.S. are coming to Detroit in July to discuss safeguards the automotive industry must undertake in securing connected vehicles from cyber-attacks.

“Because our cars are becoming increasingly connected and because of the potential for autonomous vehicles to be compromised, cybersecurity has to be, and is, a central emphasis that arises,” says Tom Billington, CEO of Washington, D.C. –based Billington CyberSecurity, and host of the summit.

Billington says the Global Automotive Cybersecurity Summit, to be held July 22 at Cobo Center in downtown Detroit, is the first global summit that brings together the most senior government and industry experts to examine cybersecurity in the automotive industry.

Billington says he chose Detroit for the conference site because the city is the epicenter of the automotive industry.

Top-ranked officials from the National Highway Transportation Association, U.S. Department of Justice, Federal Trade Commission, and the FBI will also offer their input on steps to ensure cybersecurity in autonomous vehicles.

Topics discussed at the summit will include autonomous vehicles and connected cars, ride sharing, coordinated disclosure programs, OEMs and Tier 1’s, and telematics/infotainment.

Information on tickets and registration can be found here.