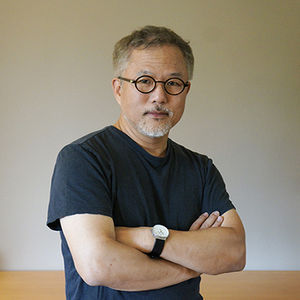 The Industrial Designers Society of America will hold its international conference from Aug. 17-20 at the Detroit Marriott at the Renaissance Center. Sooshin Choi, conference chair of the Industrial Designers Society of America, and provost and vice president for academic affairs at the College for Creative Studies in Detroit, spoke with DBusiness Daily News on the significance of industrial design in Michigan, the conference’s importance to the region, and the role of industrial design in the educational and professional worlds.

DDN: Why did the Industrial Designers Society of America choose to hold its international conference in Detroit?

We chose Detroit three years ago for this conference because, at the time, it was going through a really hard time economically, and IDSA was thinking about what our role as designers could be to help rebuild the city. Over the years, Detroit has been so important to America in design, economy, and industry, and we want to be able to show that transformation. Michigan has more industrial designers than any state in the country, and on top of that, it’s a great place for the automobile industry, appliances, furniture, and medical equipment; there are so many things being created in Michigan, specifically Detroit. It’s been a home place for American culture for years, and as a professional in industrial design, you have to take root in that culture. I see Detroit as a land of opportunity, and because there is so much happening here, and so much creative energy and talent, this will expedite our efforts to make the city and industry even better.

DDN: What is the importance of the conference to both its attendees and the city of Detroit?

Because the conference is the largest for designers in the world — we get about 700 people from all over the world typically — having this conference in Detroit is really important because when so many designers attend, they’ll have the experience to network and learn, but they’ll also be able to see how the city has been developing. For those who have never been to Detroit, it will be a great discovery, and for those who have, they’ll be able to see a different and new energy here. For the city of Detroit, there are so many industries and people doing so well now — the auto and design industries are really advancing here — but what we need is some more attention from the other side of the country and other places in the world. People from all over will come and bring a lot of positive energy to the city as a diverse group of people.

DDN: How will this year’s event be different from previous ones?

This year, as conference chair, I developed a theme called “making things happen.” What that means is that these designers are people who make things — automobiles and furniture and all — but beyond making things, this is about how we as designers approach design in order to bring the economy up and make the community a better place to live, and that’s some of what we’re discussing at the conference. It will also be great for those who don’t do design in Detroit because it’s a great opportunity for them to understand how important design is and how the economy can use it to benefit the community. The Henry Ford Museum (in Dearborn), where this conference’s opening ceremony is, (is) so remarkable because it’s a place where you can see American history and culture, and designers get to see the collection, but they can also really realize and see that Michigan and Detroit are the birthplace of so many things we have today.

DDN: What will take place at the event?

This year, we have nine keynote speakers … a very diverse group of people and very passionate speakers. Some include the vice president of Ford Motor Co. We also have many breakout session speakers from all over the country, and a tour (of the) Chrysler design studio. We also have on-site activities to cultivate future designers, and we’ll have conversations focusing our energy on how to cultivate that. We also have a career center to help designers and students find their next career development, as well as a pre-conference workshop at CCS on Tuesday for providing technologies and information.

DDN: How does your work at CCS correspond with your work with the conference?

CCS has always played an important role in Detroit and Michigan, and being a conference director this year is really amazing because design has two sides: one is profession and the other is education. When you’re a professional and also an educator, you are working as a professional while also preparing for the future as an educator, and CCS has been playing an integral role in that. One of the ways they’re doing that is hosting the pre-conference workshop. That is to accommodate over 120 professionals and students, so I have the opportunity to incorporate my work as an educator at CCS into my professional work at IDSA and train future designers through workshops.