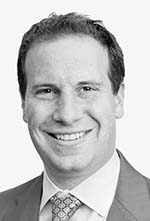 Can you imagine a company that doesn’t use internal emails? At United Shore Financial Services in Troy, one of the nation’s largest wholesale mortgage lenders, nearly 1,300 employees communicate across a digital platform called U-Zone. Once on the system, employees can read a colleague’s profile to glean professional and personal attributes, such as whether they belong to any associations or if they enjoy baseball.

“We communicate with our clients via email, but internally we got away from long strings of emails with multiple users and developed a much more focused communication platform,” says Mat Ishbia, president and CEO of United Shore.

This year, the company is on pace to record $13 billion in mortgage volume, up from $250 million when Ishbia joined the company in 2003.

“My dad started the company in 1986, and he’s never worked a day of his life here,” he says. “I came up from the bottom. I started out making $18,000 a year and pulling orders off the fax machine.”

To help grow the company, Ishbia reached back to his days at Michigan State University, where he was a point guard on the basketball team for four years — the team reached the Final Four three times and won the NCAA national championship in 2000 — before spending a year as a student assistant coach.

“I learned a lot from Coach Tom Izzo,” Ishbia says. “He taught me how to get into the weeds of an organization to make sure everything was operating properly, but also the importance of strong morale and a winning team environment. The big seismic shift for us in terms of growth was when we stopped trying to differentiate ourselves (in the marketplace) and instead sought out the best people to put on our team. We also created a great work environment and culture, so now people want to be here. They enjoying working in a team environment, and we have fun.”