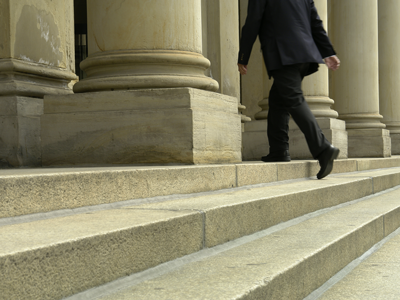 DETROIT, June 29, 2009 – Today, Richard E. Blouse Jr., CCE, president and CEO of the Detroit Regional Chamber made a formal announcement of his planned retirement. “I will retire on June 30, 2010.” His decision will culminate a highly successful 37-year chamber of commerce career. Blouse is nationally recognized as a leader in organization management and mentor to many chamber executives throughout the nation.

While he has not disclosed his future plans, Blouse has indicated that he will share those plans in the future. “At the appropriate time I will announce the next chapter in my career,” Blouse said. “The first step is to announce my intended departure from the chamber so that a search for a new president and CEO can begin.”

Chamber Chairman of the Board, Leslie Murphy, president and CEO of Murphy Consulting, noted, “this is a very challenging time in the economic history of the Detroit region and the state, and continued leadership of the Detroit Regional Chamber is critical. Dick has provided us with that leadership and he will be missed.”

“Dick dramatically raised the profile of the Detroit Regional Chamber and saw the potential impact a strong, vibrant chamber could bring to the Detroit region. Under his leadership, the Detroit Regional Chamber has become the largest and strongest business chamber in the United States. He built the Chamber into an organization that nurtures entrepreneurial growth and supports the business community by providing extensive services and opportunities,” stated, Daniel J. Loepp, president and CEO, Blue Cross Blue Shield of Michigan. Loepp, was the Chairman of the Board in 2007-2008 and also served as Chair of the chamber’s 2007 Mackinac Policy Conference.

Blouse spearheaded initiatives involving economic partnerships, transportation, diversity, and international trade with an emphasis on regional focus and spirit of collaboration. His vision of a united Detroit region has fostered dynamic and cooperative regional policy, which has resulted in the creation of the Detroit Regional Economic Partnership and the chamber playing a leading role in the creation of One D.

“Dick is the most effective chamber president I’ve ever had the pleasure of working with. All of us are committed to making a difference in the Detroit region, Dick represents a high standard for all of us to emulate,” stated Frank Hennessey, chairman and CEO, Hennessey Capital.

The following key initiatives are efforts that will become Blouse’s legacy and will continue to bring prosperity and business growth to the Detroit region well beyond his retirement, The Detroit Regional Economic Partnership, Smart Tax, the Northern Border for Economic Security and Trade, business trade missions to India and TranslinkeD.

Blouse began his chamber of commerce career in 1972 when he was named executive vice president of Hanover (Pa.) Area Chamber of Commerce. He subsequently headed chambers in Oil City, Pottstown and Lancaster, all in his native Pennsylvania, before becoming president of the Greenville, S.C. chamber in 1991.

Before Blouse began his chamber of commerce career, he was a high school teacher and a small business owner. He earned a bachelor of science in 1967 and a master of education in physical science in 1969, both from Millersville University in Pennsylvania. He became a Certified Chamber Executive (CCE) in 1983.

About the Detroit Regional Chamber

With over 20,000 members, that employ over three-quarters of a million workers, the Detroit Regional Chamber is the largest chamber of commerce in the country. The chamber’s mission is carried out through business attraction efforts, advocacy, strategic partnerships, valuable benefits and quality products and services to members. For more information please visit, detroitchamber.com.