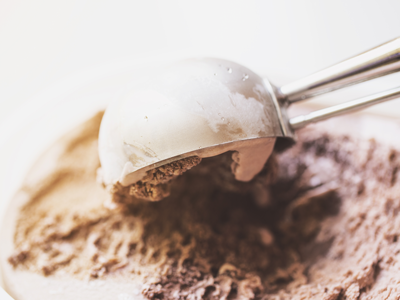 An iconic brand in outstate Michigan, Hudsonville Ice Cream has secured commitments from some of Southeast Michigan’s leading retailers to carry its 60+ varieties of Michigan-made ice cream. Retailers include all locations of Busch’s Fresh Food Markets, Hollywood Markets, VG’s, Sav-on Drugs, Shopper’s Market and statewide Walgreen’s, among others.

Hudsonville Ice Cream is also available in a number of ice cream parlors and dip shops throughout the metro area. The company is focused on efforts to expand its presence in both types of venues in Southeast Michigan.

“Hudsonville Ice Cream has been enjoyed in West Michigan and Northern Michigan for generations,” said Farmington Hills native Bruce Kratt, director of sales & marketing. “We regularly receive requests from Metro Detroiters who have tasted our ice cream while traveling in the state and want to be able to purchase it when they are at home.

“We are very excited to make our wildly popular brand available to ice cream lovers in the Detroit market just in time to cool off from the summer heat. By partnering with some of the leading retailers in this region, we look forward to becoming a tasty mainstay in the southeast part of our state.”

Hudsonville began churning ice cream in 1926 at a small plant in West Michigan. Today, the company has grown to be the largest maker of branded ice cream in Michigan, annually producing more than 2 million gallons from its state-of-the-art facility in Holland, Mich.

And for those who enjoy the simpler things in life, there is Hudsonville’s original vanilla, the company’s top-selling flavor.  In addition to its vast array of delicious flavors, Hudsonville Ice Cream delivers a great everyday value for its premium quality product packaged in 56-ounce “sqrounds.” The company unveiled a new logo and new packaging earlier this spring.

“We feel our products will really resonate in Southeast Michigan, where quality and value are important,” Kratt said. “As the leading producer of made-in-Michigan frozen products, we have become a tradition at summer picnics, graduations, weddings and other truly special occasions. We are very pleased to be able to expand our reach with the addition of Southeast Michigan retailers, making us truly a state-wide brand.”

Hudsonville Creamery & Ice Cream got its start in 1895 in Hudsonville, Mich. as a farmers’ cooperative which began using its fresh milk and cream to make ice cream in 1926. Today, many of the original flavors and recipes are still in use at the company’s state-of-the-art production facility in Holland.

The production process starts as Hudsonville buys whole milk and cream from West Michigan dairy farmers. The company’s “mix master,” Ron Brouwer, has been blending recipes for more than 45 years. Hudsonville begins with natural ingredients, such as fresh cream and sugar, adding high-quality chocolate, nuts and cherries and other ingredients to create more than 60 different flavors.

The product is then sent to Hudsonville’s custom spiral freezer at 40 degrees below zero for 100 minutes to lock in its great taste, flavor and quality.  Hudsonville Ice Cream is sold to grocery stores, retailers, convenience stores, ice cream parlors and other locations in Michigan, Northern Indiana and Northern Ohio.

Hudsonville Creamery & Ice Cream, Inc. is the largest manufacturer of branded ice cream in Michigan. The company got its start in 1895 as a farmers’ cooperative in Hudsonville, Mich., which began using its fresh milk and cream to make ice cream in 1926. Today, Hudsonville is headquartered in Holland and sells its premium ice cream, frozen yogurt, sherbet and reduced-fat products to grocery stores, retailers, convenience stores, ice cream parlors and other locations throughout Michigan, Northern Indiana and Northern Ohio. The company has been making exceptionally creamy and delicious ice cream for the past 83 years and still uses many of its original flavors and recipes. For more information, visitwww.hudsonvilleicecream.com.