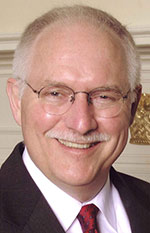 Somebody better call Geico and let them know that their national ad campaign is a waste of time. Businesses looking to generate new sales would be better off repaving their parking lots instead. That’s the logical conclusion the Mackinac Center appears to reach in its blog entitled, “State Tourism Spending Ineffective.”

Amazingly, the Mackinac Center has constructed a “statistical model” which they say proves that the state loses 99 cents of every dollar invested in the eight-time, national award-winning Pure Michigan campaign. They say that the current $29 million invested in Pure Michigan would be better spent on repairing roads. We disagree.

The Michigan Lodging and Tourism Association rejects the notion that national, regional or local advertising does not work. Clearly it does, and in the case of Pure Michigan, it works very well. Since the program’s inception in 2006, our industry has seen steady increases in occupancy, tourism outcomes, and employment levels with corresponding increases in tax revenues to the state. Tourism industry employment levels have increased from a low of 142,000 in 2009 to more than 214,000.

Certainly, some of these improvements are due to a strengthening economy and other factors. However, to imply that the Pure Michigan campaign has had no impact, and actually loses the State money, flies in the face of common sense and proven results.

Advertising theory holds that if you combine a well-conceived ad campaign with adequate funding, and apply that to an excellent product, it will definitely produce new and retain existing customers. That theory has been proven countless times and is no less true for Pure Michigan, than it is for Geico.

The Mackinac Center does correctly point out that the sate house road funding plan redirects Pure Michigan source funding to road repair. However it swerves into a pothole when it implies that the Michigan Economic Development Corp. might continue to fund Pure Michigan as it “reprioritizes its remaining resources.”

Let’s be realistic. The MEDC’s core mission is business and economic development.  As would be the case with any other organization, if funding is dramatically cut they will apply remaining resources to core objectives … period.  As such, it’s much more accurate to say to say the House transportation plan eliminates funding for Pure Michigan, because that’s what it does.

We also disagree with the center’s suggestion that legislators should pull funding from programs that make the state money and redirect it to fixing Michigan roads and bridges.  If we’re going to do that, we might as well suggest that legislators pull money out of state investment vehicles and redirect the principal and interest towards road repair.

But the state depends on that investment income for a variety of important programs and economic outcomes. The same can be said for investment in Pure Michigan. Cutting funding for any investment with a strong ROI simply makes no sense.

Finally, tourism rises and falls on discretionary spending and is dependent on a vibrant and diversified Michigan economy. We’ve already tested the theory that we could afford to put all of our eggs into the auto manufacturing basket and lost nearly one million jobs as a result.

Accordingly, eliminating funding for Pure Michigan and gutting MEDC resources would do great damage to efforts to grow, and diversify Michigan’s economy. Our association strongly supports consistent funding for tourism promotion and for economic development. The two go hand-in-hand.

Logic is often compelling and can align divergent opinions into a single shared perspective. We suspect that Michigan Lodging and Tourism Association, Geico and even the Mackinac Center would agree; advertising works; and a stronger, more diversified economy is always good news for our state’s future.

Steve Yencich, CAE, CTA, is president and CEO of the Michigan Lodging and Tourism Association.