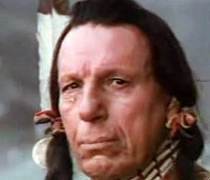 A recent study released regarding so-called “millennials” (those born after 1982) reported that these young people considered goals relating to things like money, image, and fame more important than those related to self-acceptance, community, empathy, charity, and, most surprising to me, taking action to help the environment and save energy. Perhaps this is not so surprising given the economic crisis we are still working our way out of, coupled with the technological, Jersey Shore media world our young people find themselves living in. However, given the emphasis on the environment in our schools and media, it still seems somewhat disturbing.

Given that Earth Day is this weekend, there are sure to be a plethora of lists to “do this” or “do this and not that.” There are lot of things that people will talk about as win-wins (saving “green” as in money and the environment) – using programmable thermostats; turning off the water while brushing your teeth (or before taking a shower); taking showers not baths; not watering your lawn mid-day; putting a brick in the toilet tank; using a low flow showerhead; switching to CFL or LED bulbs; using cloth grocery bags; keeping your tires inflated, etc. So, are people doing these things? And after they have done them, what’s next? But even more importantly, is Earth Day relevant to the next generation of leaders, consumers, and manufacturers who are now attending college – or do they just not care?

The image of the Native American who appeared in TV ads should resonate with anyone my age, but that “crying Indian” first went on the air in 1971 – one year after the first Earth Day. I suspect that there are many out there who have never seen him and have no clue why he was crying.  Further, the environmental issues that spawned the first Earth Day have receded and have been replaced by far less tangible and even arguable threats. No one argued about whether or why the Rouge and  Cuyahoga rivers caught fire or that they were a bad thing. Now, there is far more debate about whether fracking is good or bad (maybe both), whether global climate change is occurring, and concurrently, why it is far easier for today’s young people to tune out due to the complexity of the issues.

However, given the economy, the scarcity of resources, and the economic times in which we live, it is a bit disappointing that we haven’t learned to look at how our grandparents lived when they were young – how they “made do” and repaired and sewed, turned lights off (or used natural light), and gardened; not because it was “green” but because that was how they could afford to live and that’s how every generation until then had lived.

It’s only been in the last 65 years that disposability has been the norm. Do we need to dial down the consumptive aspects of our lives and try to show our teens and college students that we need to live a bit more like the greatest generation did before World War II, and a little less like they did after?

What do you think?