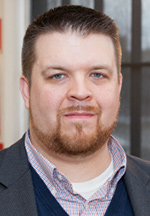 In his new role, Donnelly will guide the Office of Economic Development’s civic leadership and placemaking initiatives, lead TechTown’s efforts to leverage its Midtown headquarters as a catalyst for entrepreneurial and neighborhood development, and develop strategies to further integrate the work of OED and TechTown.

Previously, Donnelly served as director of Wayne State’s Detroit Revitalization Fellows. He has 15 years of community development and nonprofit leadership experience in Detroit and New York City. Donnelly is co-founder and board president of Young Nation in Southwest Detroit, and serves on the boards of Jefferson East, Inc. and Woodbridge Neighborhood Development Corporation. He is a founding member and serves on the executive committee of the Grosse Pointes chapter of the NAACP.

Donnelly, of Grosse Pointe Park, holds a master’s in architecture from the University of Detroit Mercy