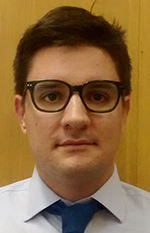 Cameron began his work in HIV in 2005 when he founded a student-led organization called AIDS Tanzania, which focused on counseling and testing in northern Tanzania. Since then he has held various roles with AIDS service organizations, including AmeriCorps, AIDS Walk Detroit, AIDS Walk San Francisco, and most recently as the corporate sponsorship and donations manager for the Canadian AIDS Society. Prior to that, he worked in mortgage banking for Quicken Loans.

Cameron earned his Bachelor of Arts in history and political science from the College of William & Mary in Williamsburg, Va.

Naming a full time executive director represents a major step forward for the organization as it continues to grow. As part of the organization’s expansion, World AIDS Day Detroit has relocated its offices to 429 Livernois Ave. in Ferndale.