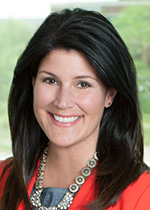 Licensed to practice in several tribal courts, Simmons assists tribal governments and indigenous organizations, their members and their communities with matters including gaming and non-gaming economic development, membership disputes, constitutions, ordinances and regulations, and federal Indian law. Her efforts have established case precedent on important governmental issues within the area of tribal law.

Simmons is the co-author of Navigating Tribal Membership Enrollment Issues for Thomson Reuters’s “Inside the Minds Series on Emerging Issues in Tribal-State Relations.

Simmons, of Ferndale, obtained her Bachelor of Arts in political science/pre-law and German from Northern Michigan University and her juris doctor from Roger Williams University School of Law in Rhode Island.