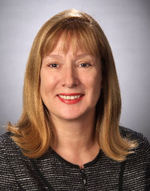 Schultz joined the Starwood and Westin as a management trainee at the Arizona Biltmore in 1981, and was later promoted to assistant controller. Her career included several leadership roles in finance at the Sheraton Inn El Paso, The Westin Paso del Norte and The Phoenician. Her experience and performance led to general manager positions at Four Points by Sheraton Denver Cherry Creek, Hilton Novi, and the Sheraton Detroit Novi; she was then appointed senior director of franchise operations. She also served in roles for Hilton Hotels and HEI and Merritt Hospitality.

“I’m excited to join the Book Cadillac team,” Schultz said. “This is a unique property and since I have been in the market for several years, I have watched the progress of the hotel under Tim’s leadership. There is a great team of associates in place that take great pride in being part of the Book family.”

A resident of Walled Lake for 13 years, Schultz lives with her husband and two children; she has been active with the Girl Scouts of Southeastern Michigan, Sarah Fisher Center & Orphanage, and supports the Walled Lake Schools athletic programs.