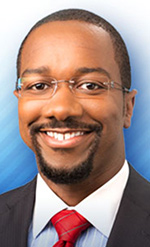 Jermont Terry, an investigative reporter with the Milwaukee NBC affiliate, will join Detroit’s WDIV-TV/Local 4 as a reporter.

Terry began his career in journalism on radio, in his home state of Illinois, while he was still a student at the University of Illinois at Urbana-Champaign.

He has been honored with numerous awards including an Associated Press award for Best Enterprise/Investigative Story and the prestigious Edward R. Murrow award. Terry is also an active member of Investigative Reporters and Editors and the National Association of Black Journalists.

Terry earned his Bachelor of Science in journalism at the University of Illinois.