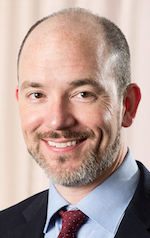 The law firm of Warner Norcross & Judd LLP has appointed Brian D. Wassom as a partner in its Southfield and Macomb offices.

Prior to joining Warner Norcross, Wassom, of Shelby Township, practiced at Honigman where he led the firm’s social, mobile, and emerging media industry group.

Wassom, who has been named a Top Lawyer by DBusiness magazine, has published more than 35 articles, essays, and other contributions to publications such as Forbes, Mashable, The Journal of Arts Management Law & Society, and others. He blogs regularly at Wassom.com, and Syngress recently published his first book, Augmented Reality Law, Privacy, and Ethics.