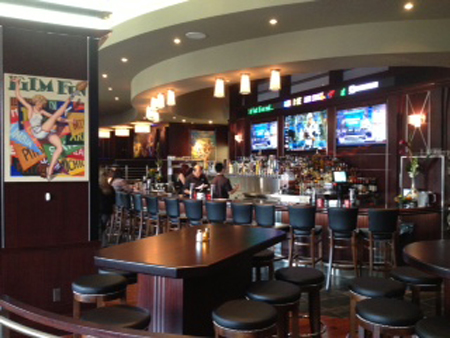 The buzzing nightlife and weekend crowds comprise the core of the restaurant scene in downtown Royal Oak. However, a lack of patrons and foot-traffic during lunch poses a problem for stores and eateries.

What’s a restaurant owner to do? After a dormant five-year period during the sluggish economic recession, the downtown area is witnessing a new surge of restaurants and city incentives both hoping to attract customers during lunchtime.

Hamlin Corner is one such establishment. The sophisticated sports bar and restaurant officially opened in this month at Main Street and University Avenue, just north of 11 Mile, and offers gourmet burgers, pizza, and sandwiches. Hamlin Corner was a project that owner Anthony Mancini has been working on for three years.

Although Mancini keeps his cards close to his vest when it comes to his marketing strategy for attracting lunch customers, the Royal Oak resident plans to be “very involved in the community, with both residents and business people.” The restaurant has a private banquet room as well as its own parking lot (the former Jim Fresard dealership), which he hopes will set Hamlin Corner apart from competitors.

However, unlike dinner, lunch involves time and distance constraints that discourage customers from coming downtown, says Jerry McVety of McVety & Associates, a food service and hospitality consulting company in Farmington Hills. He suggests a luncheon program with discounts and promotions would drive more patrons to the city.

“Restaurants need to reach out beyond their area of dominant influence,” McVety says. “They should send out coupons to businesses in the area, things like ‘if you have lunch here, get a free appetizer for dinner,’ because you want them to come back.”

Some restaurants immediately recognized the challenge of drawing customers for lunch; for example, Tex-Mex eatery Cantina Diablo’s at Main and 11 Mile opens at 4 p.m. four days a week while 212, a new restaurant on Fifth Street near Washington Avenue that specializes in using local ingredients found in Michigan, does the same six days a week.

Jennifer Breault, general manager of Cantina Diablo’s, says that they decided to open after lunchtime when they opened in early June 2011. “There’s a huge labor component,” Breault says. “If you don’t have enough lunch sales to offset the costs of being open, it doesn’t make much sense.”

The deficiency of lunchtime business in Royal Oak is not for a lack of options, however, as the downtown area offers myriad cuisines and price ranges from which to choose. The problem is the scarcity of people working nearby. “There’s just a lack of large business buildings in the area to draw from,” McVety says.

As with any downtown area, the issue of cost and availability of parking in Royal Oak deters some people.

“There’s the perception of Royal Oak as a difficult place to maneuver,” Breault says. “I had that perception myself before I came to work here. If they can beat down that stereotype for being a tough place to park, I think they could drum up more business.”

However, Royal Oak City Manager Donald Johnson disagrees. “Parking is not the problem at all,” Johnson says. “There’s almost always space in the parking structures.”

Jay Dunstan, a member of Royal Oak’s Downtown Development Authority and Downtown Task Force, says that the city is focusing on developing retail and office space, which would bring in more workers into the downtown during the day.

“There comes a point where the restaurant business gets to a saturation point, and it may be there already,” Dunstan says. “We have 10 bistro requests right now, and we have to consider that they would be taking up space that a retailer could be using.”

Dunstan cites the increase in Royal Oak’s population and the number of residential building permits as evidence of the city’s recent spurt of economic growth.

“The downtown area feeds off the neighborhoods, and the neighborhoods feed off downtown,” Dunstan says. “There are also a few hotel developments that are interested in coming into town, which tends to attract other groups as well.”

While the task force is concentrating its efforts on giving a boost to retailers and offices, Dunstan is sure that the diverse restaurant business has nothing to worry about.

“Everyone feels like there’s a spot for them,” Dunstan says of the city’s restaurant customers. “The market will take care of itself.”