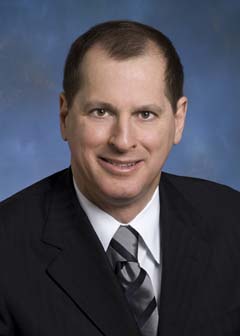 I learned this iconic story as part of my 4-H childhood training, which focused on teaching life skills and instilling ethics and a sense that we determine our future.

Yet, today our future has become as precarious as the life of that baby bird. The question we need to ask is who is holding the bird? In other words, who is ultimately responsible for our future security? Some say it’s our political leaders – the politicians we elect to make the tough decisions. But our politicians make promises they know they can’t or won’t keep and they spend and tax as if our economic growth is pre-ordained. Yet we voted for these politicians because they told us what we wanted to hear (just “cut waste fraud and abuse” or “tax the rich”).

Some say corporate America, which I represent, is responsible. For sure, a few bad apples on Wall Street have hurt America. From our massive banking centers to individuals like Bernie Madoff, many on Wall Street gamed the system. Business has also curried government to distort the tax code with thousands of pages of loopholes.

Finally, there are the unions and the workers they – in theory – represent. Union dominance, especially within the Democratic Party, is hurting our competitiveness by extracting unpayable pensions and protecting worker incompetence. Moreover, the union-government collusion, most recently on display in the collective bargaining fights in Wisconsin and elsewhere, will, in time, do greater damage to our financial security than anything cooked up on Wall Street.

The American middle class has been left holding the bag, and they are growing increasingly disenchanted. While a majority of Americans still align with either party, the largest individual bloc now identify as independent. The question they’re asking is: How can we get off this political merry-go-round, where it seems that neither party has the courage to do what must be done and break loose of its own interest groups?

It starts at the ballot box of course. Indeed, there are dozens of smart, patriotic politicians in both parties who agree with the mood of middle-class America. The success of the Tea Party – and the rising popularity of No Labels – has given voice to politicians more interested in progress than party. The key is to grow their ranks – and then hold them accountable.

This is why simply electing the “right” politicians isn’t enough, unless we can tie their performance to something measurable, like an action plan. In my recent book, “The Comeback: How Innovation Will Restore the American Dream,” I lay out an innovation-focused non-partisan economic strategy with ideas on spending, taxes and a pro-active immigration policy.

Not all Americans will agree with everything in “The Comeback,” or in the policy platform championed by the Innovation Movement – a 100,000-plus strong movement of bipartisan, motivated Americans who realize that the strength of the U.S. economy has always been – and must continue to be – our dominance in innovation. But that should be a secondary concern to the larger need of having a strategy with measurable results.

Through whichever grassroots movement comes forward, we need an alliance of bold politicians that will unite against the policies that have driven the U.S. to the brink of disaster – policies that hurt innovation, that penalize productivity, that pretend that sacrifice isn’t necessary and that cast a blind eye to the problems we face. Given the growing ranks of independents, now more than at any other time in recent history there is an appetite for just such a movement to take shape between now and Election Day 2012 – a movement that can elect enough politicians committed to taking the demands of middle-class Americans to Congress.

This united coalition doesn’t need to outperform either party at the ballot box to institute real change. Look at how the Tea Party movement has been able to radically shift the focus with just the passion of its committed members. But if the power brokers are able to see a passionate constituency supporting these politicians, then it will have a voice.

Ultimately, the child holding the bird is us. The wise man told the boy that whether the bird was alive or dead was in the boy’s hands – he would determine whether the bird lived or died. Likewise, whether we prosper or whither is up to us. We are responsible for America’s fate.

Gary Shapiro is the president and CEO of the Consumer Electronics Association and the author of the New York Times Bestseller, “The Comeback: How Innovation Will Restore the American Dream.”