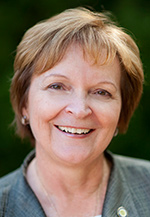 The Michigan Association of Certified Public Accountants has elected Walsh College President Stephanie Bergeron as chair of its board of directors and selected other officers and new directors for 2015-16.

Bergeron of Birmingham has been president and chief executive officer of Walsh College in Troy since 2007 and will serve one year as chair of the MICPA Board of Directors. She previously served as chair-elect of the board, which she has been a member of since 2007. Before arriving at Walsh College, Bergeron spent 25 years working in automotive industry finance at companies that included Chrysler and General Motors.

Other newly appointed Board officers include: Betsy Meter, chair-elect — Meter of Beverly Hills is an audit partner at KPMG LLP in Detroit. She previously served as board treasurer; Alan Young, treasurer – Young of West Bloomfield is managing partner at Alan C. Young and Associates PC in Detroit. He previously served as board secretary; Robert Johnson, secretary – Johnson of Clinton Township is chief financial officer of CareTech Solutions Inc. in Troy.

The Board’s Executive Committee is rounded out by Douglas Roosa, immediate past chair, and Randolph Paschke, past chair. Roosa of Ann Arbor is director of internal controls and Sarbanes-Oxley compliance at General Motors. Paschke of Holland is executive in residence at Wayne State University’s School of Business.