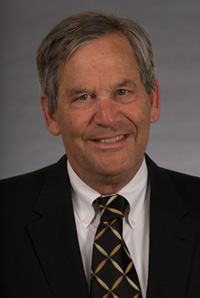 When Warren Mayor Jim Fouts called Detroit’s aging infrastructure a “ticking time bomb that’s ready to go off” earlier this year, he was referring to the state of Southeast Michigan’s water and sewer system; revealed as vulnerable and outdated in the wake of a challenging winter that induced 107 pipe breaks in Warren in one month alone. While Mayor Fouts was expressing an understandable frustration with the literal nuts and bolts of the less visible parts of the region’s infrastructure, his comments highlight an important point: dramatic civic improvements to Detroit’s urban infrastructure are a vital ingredient to both day-to-day stability and long-term economic prosperity. From bridges to airports to high-speed rail, Detroit is in need of an upgrade.

The availability of stimulus funding and the renewed national focus on the need to upgrade urban infrastructure presents Detroit – and cities like it – with a real opportunity to make headway on the kind of game-changing projects that can have a significant impact on the city’s fortunes. Large-scale urban infrastructure improvements like those that have been proposed (and some that are already in the works) can facilitate trade, improve transportation and connectivity, and make a lasting improvement to the quality of life for citizens and area businesses alike. Large-scale infrastructure projects are often politically and logistically complex, as the necessities of construction often require restructuring of neighborhoods and, at times, the government exercising the right to eminent domain. Along with political and business leaders, eminent domain attorneys are at the forefront of these issues; often forced to defend themselves and their clients a second time in the court of public opinion and refute the common misperception that they want condemnations to occur. The unavoidable fact is that projects that are ambitious enough in size and scope to make a real regional difference are inherently complex; space constraints mean that the process of designing and executing a large project in the midst of an urban environment is virtually impossible to do without making some strategic short-term sacrifices in the name of long-term gain for the city as a whole. Striking that balance and protecting the individual rights of businesses and private citizens, while understanding the value of legitimate and important civic improvements, is critical. And as most informed observers realize, the value of these projects to Greater Detroit and Southeast Michigan would be nearly incalculable.

The Detroit Regional Chamber leads the chorus from local businesses, government groups, non-profit organizations and private citizens who understand that, for Detroit, it is critically important to remain competitive in the national and global marketplace, and that upgrading transportation infrastructure is the best way to do that. A report released earlier this year by John Austin, Director of the Great Lakes Economic Initiative and a senior fellow at the Brookings Institution, supports the view that the region’s border transportation infrastructure is in dire straits. The report reinforced the notion that 21st century infrastructure is a prerequisite if Detroit hopes to become a competitive participant in the global economy, and compared The Motor City’s existing infrastructure unfavorably with the high-speed rail and new bridges, roads and transit upgrades in cities cities like London, Paris and China. As Austin explained to the Michigan Business Review earlier this year: “There’s no reason why we can’t and shouldn’t have a high-speed rail interconnector between Toronto, Detroit and Chicago to link our economies and allow, in addition to this auto supply and manufacturing supply chain, which is highly integrated…the ability for venture capitalists and researchers and medical technologists and financiers to work together across these boundaries…And that needs to be accomplished by the infrastructure.”

High-speed rail is just one piece of the infrastructure puzzle, however. Pulling Southeast Michigan out of its economic doldrums will require a multifaceted long-term commitment to improving transportation infrastructure and upgrading facilities on the U.S.-Canadian border. While a rapid transit system for the city of Detroit may be some way off, resolving the political and economic disputes over the competing publicly and privately funded bridge proposals and executing a span across the Detroit River that is worthy of the city’s past and a bellwether indicator for its future will not only be a big step toward improving international trade and commerce, but will also have a vitalizing impact on Southwest Detroit. In addition, adding a new parallel runway to Detroit Metropolitan Airport will help guarantee that DTW remains a competitive hub for international airport traffic.

All of these projects will require funding, as well as political will, and all demand a combination of private enterprise, public support and civic ambition to have any chance of success. But for the City of Detroit, that success may make the difference between a future of economic prosperity and a future as a second-tier city. As Southeast Michigan moves toward that future, it will be up to experienced condemnation attorneys to ensure that the City of Detroit fulfills its obligations and responsibilities toward private citizens, while educating and informing the public about the benefits of infrastructure improvements. Land acquisition costs for the projects in the pipeline for Detroit are fractionally tiny compared to the development costs, and these particular projects would not require a particularly large condemnation component. Faced with a future where public transportation needs, electric and utility grid expansion, and petroleum and natural gas storage and supply infrastructure will continue to emerge as hot-button issues, the field of condemnation and eminent domain law will remain not only relevant, but pivotal. And while a handful of business and property owners faced with property seizure or condemnation may encounter some challenges in the near term, the boost from more construction jobs will be a much-needed economic bump for Detroit, and every business and citizen of the city and the region will ultimately benefit in the long run from these sorely needed urban and transportation infrastructure improvements.