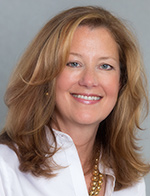 MichBusiness has named Vistage Michigan, as a recipient of its Best of MichBusiness Award.

Vistage Michigan, an affiliate of Vistage International, an chief executive organization, was recognized under the category “Succession Success.” The distinction acknowledges Vistage Michigan for its effective gradual transition of the organization’s presidency from its founder, Richard Beadle, to his daughter, Jane Owen, its current president, who took the reins earlier this year.

“Our succession plan not only provided Vistage Michigan with a seamless conversion of leadership, but also serves as a model to many of our members who will be faced with the same issues upon retirement,” Owen says.

MichBusiness is a social media community that celebrates and promotes Michigan business successes and is powered by the Michigan Business and Professional Association. The award will be presented Nov. 17 at an event in the Atheneum Suite Hotel of Detroit.