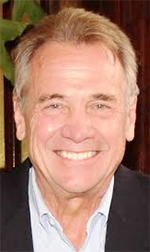 Balmas will act as the adviser, mentor, and business coach to his group, conducting one-to-one coaching sessions with each member. He also will facilitate nine group workshops per year with his chief executive members.

Balmas comes with an extensive management and consultative background, including more than 20 years in the financial industry. Most recently he was senior vice president of Doral Bank in San Juan, Puerto Rico where he re-engineered its mortgage sector process, tripling its profitability in a three-year span. He also held vice president positions at Fifth Third Bank and Level One Bank in metro Detroit.

Balmas currently serves as a business development consultant at a firm he founded, Bruce Balmas and Associates. Before his current consulting firm, Balmas led SBC Consultants in Royal Oak as CEO and president.

Balmas, of Fenton, resident received a bachelor’s degree from Wayne State University and an MBA from Central Michigan University.