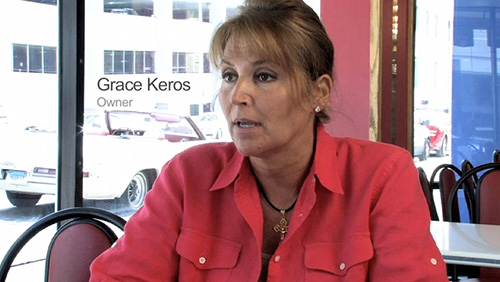 Founded in 1917, American Coney Island in Detroit has served up millions of hotdogs to hungry patrons, especially before and after sporting events. Now run by the third generation, Grace Keros says her business is unique in that it literally never closes. “We don’t even have a key for the door,” she says. While the hot dogs are made exclusively by Dearborn Sausage, and the coney sauce comes from a secret family recipe, Keros says the popular eatery isn’t “looking to be on every street corner.” Rather, she selects “specialty locations” like the Detroit Zoo, Ford Field, and The D Hotel in Las Vegas. She also recently launched a distribution company for those hungry fans outside of metro Detroit.