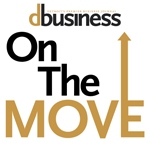 NOVI — A team of labor and employment attorneys and paralegals has joined Varnum’s Metro Detroit office. Attorneys Terrence Miglio, Barbara Buchanan, Katie Derthick, and Mindy Barry, as well as paralegals Joanne Demers and Cynthia Petty, have been added to the firm.  All were previously with the Keller Thoma law firm.

Derthick and Barry also focus on labor and employment law and have experience in all aspects of employment litigation, from initial investigation to representing employers before state and federal courts and administrative agencies. Derthick was previously an associate at Keller Thoma. She recieved her BA in political science from the University of Michigan and her JD from Michigan State Law School, from which she graduated magna cum laude. Barry previously worked wirh Keller Thoma, and was employed with the U.S. House of Representatives for more than 10 years prior to entering private practice. Barry recieved her BA in political science from Colgate University and recieved her JD from Georgetown Univeristy Law Center.