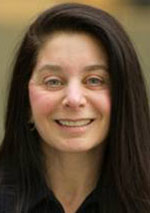 TROY — The Vanerian Group has been selected by Barron’s as one of the top institutional investment teams in America. The team was led by senior vice president Marie Vanerian, who also is one of the magazine’s Top 1,200 Advisers for 2015.

The 16 member Veldheer, Long, Mackay & Bernecker Group in Grand Rapids, was also selected by Barron’s as one of Michigan’s top institutional investment teams, and the seventh-ranked institutional team in the nation.

The wealth management firms in the Barron’s ranking were evaluated on a range of criteria, including: institutional investment assets overseen by the team; the number of clients served by the team; and the number of team members and their regulatory records. Also considered were the advanced professional designations and accomplishments represented on the team.