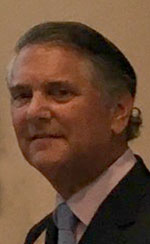 Robert Schostak has been appointed as a chairman of the Urban Land Institute Michigan’s District Council, a nonprofit research and educational organization, where he will implement programing for its membership and create public private partnerships and multidisciplinary groups to address urban land use challenges.

Schostak is the CEO of Resolute Building Intelligence, a Birmingham-based computer software company that assists companies in reducing energy and operating expenses, and improve operating performance. He is also the co-CEO of Schostak Brothers & Co., a Livonia-based commercial industrial real estate brokerage.

The Schostak family is the owner of more than 100 restaurants, including Del taco, Olga’s Kitchen, Applebee’s, and Mod Pizza, under the Team Schostak Family Restaurants partnership.

Schostak served as the chairman of the Michigan Republican Party in 2012 and 2014, and was appointed to the Oakland University Board of Trustees in 2015.

Schostak, of Bloomfield Hills, earned a bachelor of general studies with a dual concentration in economics and communication.