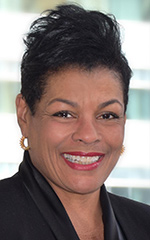 Tanya Heidelberg-Yopp has been appointed vice president of college and career pathways for the United Way for Southeastern Michigan.

Heidelberg-Yopp currently serves as CEO for Linked Learning Detroit, a role she will continue as she assumes her new position with United Way. In her new role, she will provide  leadership to the College and Career Readiness Engagement Campaign; Developing corporate and community partnerships; Lead the transition of the current high school turnaround Initiative; and provide leadership and direction on Linked Learning implementation to build effective career pathways in designated schools in the region.

Heidelberg-Yopp, of Detroit, earned her Bachelor of Science in telecommunications management at Syracuse University and her juris doctor from the New York University School of Law.