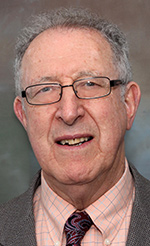 Lewis, of West Bloomfield, has more than 40 years of IT systems experience. He has held multiple information technology director positions during his 30-year tenure with Ford Motor Co. and has worked and consulted for a variety of other companies, including IBM and Compuware. He also serves Wayne State as an adjunct professor.

Lewis earned his Bachelor of Science in chemistry and physics at the University of the Witwatersrand, Johannesburg South Africa; his master’s in computer science at Birkbeck College, University of London; and his Ph.D. in physics at Hebrew University, Jerusalem.