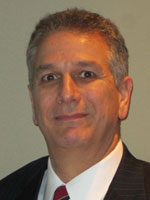 Thanks to a state-funded plan and the determination of Detroit Mayor David Bing, many thousands of condemned, dilapidated, and likely dangerous properties that have been neighborhood eyesores throughout the city of Detroit are coming down. This past summer, Mayor Bing announced plans to demolish 1,500 houses this fall and expects to have assisted in the teardown of 10,000 structures by the time his first term ends in 2013.

The city’s effort to reinvent Detroit was given a boost in July when Gov. Rick Snyder signed off on the allocation of $10 million in state funds to help stabilize Detroit communities. Much of that money will be used to remove rundown structures that are located along routes children walk to school.

This is great news, especially to residents of neighborhoods where rundown properties seem to be everywhere and have become dangerous places, even sites for drug dealing or vagrant dwellings. By demolishing these structures, Detroit can help raise residents’ spirits, which had once been weighed down by decay. Now they can look toward revitalization and safer neighborhoods.

Not only will the cleaned-up properties be more pleasing to the eye, the community can also be assured that the land will be free of all contaminants such as asbestos, lead-based paint, and underground tanks. Federal regulations require that testing for these substances in residential, commercial, and industrial properties be completed before the actual demolition begins. Most of the clearing will be undertaken by qualified demolition contracting firms, many of which are also certified to tackle conditions requiring remediation. They are skilled at necessary services like tank cleaning and removal, asbestos abatement, soil remediation, and hazardous waste management, which enable the process to move forward more quickly and cost-effectively.

The demolition industry touches the lives of businesses and ordinary people everyday in positive ways. It cleans up thousands of abandoned or outdated commercial properties nationwide known as “brownfields,” whose redevelopment is handicapped by the presence of real or perceived environmental contamination. Many of these sites are being rehabilitated by demolition contractors and transformed into environmentally safe housing, office space, and even city parks.

The National Demolition Association, the organization representing every trade involved in the demolition process, has named environmental stewardship as one of its top priorities. To this end, demolition contractors improve the environment by leading in the nation’s recycling effort. Every day, contractors recycle building components such as concrete, steel, asphalt, wood, and shingles. It’s common today for contractors to achieve recycling rates of up to 90 percent of demolition debris, thus minimizing landfill usage, reducing the demand for virgin material, and contributing to a greener environment for generations to come.

Preservationists should also know that demolition contractors routinely preserve historically significant architectural ornamentation and building facades whenever possible. Gone are the days when buildings were simply bulldozed. Instead, experts comb through old properties and remove every single item that has a resale value, down to antique doorknobs.

Communities are improved aesthetically and protected when demolition professionals remove deteriorated road and bridges and unstable structures damaged by fire, earthquake, or extreme weather. As the National Demolition Association likes to say, demolition contractors recycle America’s most valuable resource: its land. And the message to Detroit residents who have been frustrated by the pace of the revitalization project is loud and clear: relief in the form of greener spaces is on the way.

John Adamo Jr. is CEO of the Adamo Group, a certified Detroit-Based Enterprise, and an active member of the National Demolition Association.