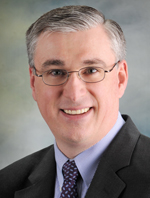 DETROIT — Turner Construction Co., based in Detroit, has promoted David J. Kelly to business manager from preconstruction manager. He will be directly responsible for leading the delivery of Turner’s services in Michigan.

Kelly’s career with Turner began in 1994. Since that time, he has served as field engineer, assistant superintendent, project engineer, chief estimator, and most recently as preconstruction manager. His knowledge of health care, higher education, public, data center, and commercial construction has contributed to the successful completion of more than $2 billion in projects for clients such as The University of Michigan, Eastern Michigan University, Henry Ford Health System, Spectrum Health, Detroit Medical Center, Quicken Loans, General Motors, Blue Cross Blue Shield of Michigan, IBM, Hines, and many others.

Kelly holds a Master’s in Engineering Management from Northwestern University and a Bachelor of Science in Civil Engineering from Lafayette College. A resident of Wayne County, Kelly is a licensed Professional Engineer in Michigan and Illinois and a LEED Accredited Professional. Additionally, He serves on the board of directors for the American Society of Civil Engineers — Michigan Section, Southeastern Michigan Branch.