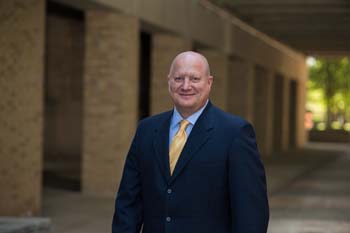 Lauer is one of four new officers appointed to Cranbrook Institute of Science’s board of governors, including vice chairman Rejji P. Hayes, secretary Jeneanne Hanley, and treasurer Lee M. Smith. He is one of 27 total governors on the Institute’s board and replaces Richard E. Warren as board chair. Warren served in the role since 2013, and will continue to serve as a governor.

As board chairman, Lauer aims to increase awareness for the Institute’s science programming.

“My main goal for the coming year is to support the important work the Institute does: bringing science into the lives of students, including underserved students in Detroit, Pontiac, and communities across our state,” says Lauer. “Together with the other governors we will become an even better educational partner, showing the community how much we value igniting a love of science in learners of all ages and backgrounds.”

Lauer will also aim to increase the impact of the Institute’s Freshwater Forum, a resource for Great Lakes education that brings freshwater programming to classrooms and residents across the state. He will work to further define the Freshwater Forum’s mission and activate greater funding sources.

Lauer has served as a member of the executive committee for the Detroit Regional Chapter of Commerce and a board member for the YMCA of Metropolitan Detroit, the Associated Food & Petroleum Dealers Foundation, and Ann Arbor Spark.