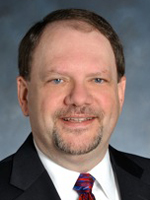 “With all of the changes in health care, businesses have an even greater need for health care law expertise,” said Justin G. Klimko, managing shareholder and president, Butzel Long. “Mark is a well-respected attorney with an extensive background in health care law.  His depth and breadth of experience complement several of our growing key practice areas.”

Lezotte, of Detroit, joined Butzel Long out of law school in 1981 and In 1996, he joined Oakwood Healthcare System, where he served as general counsel until 2009, when he joined Hall Render Killian Heath & Lyman in Troy.

He has substantial experience in corporate, health care, tax, and exempt organization matters, including corporate and nonprofit governance, business transactions, tax-exempt issues, hospital-physician ventures, and regulatory investigations. Lezotte has been recognized in “The Best Lawyers in America” (health care law)  for 2013; and has been selected to Michigan Super Lawyers.

He has served on many civic and community boards, including the YMCA of Metropolitan Detroit, United Cerebral Palsy Association, Metropolitan Affairs Coalition, and Michigan Protection and Advocacy Service.

Lezotte earned both a J.D. and B.B.A. degree from the University of Michigan.  He is admitted to the bars of Michigan, U. S. District Court (Eastern District of Michigan), U. S. Court of Appeals (Sixth Circuit) and U.S. Tax Court.