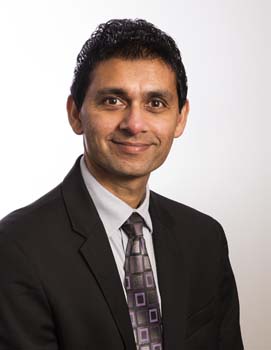 The Redford-based Piston Group, a manufacturer of automotive parts and systems, today announced that Amit Singhi has been named as the company’s chief financial officer, a newly created position that reports to the group’s CEO and chairman Vinnie Johnson.

Singhi will be in charge of the group’s finance organization, including financial management, planning and reporting, and financial controls, treasury functions, and financing for the Piston Group of companies made up of Piston Automotive, Irvin Automotive Products and AIREA, and Detroit Thermal Systems, the group’s controlling interest.

Prior to The Piston Group, Singhi served in a variety of management positions at Ford Motor Co. and General MotorsCo. Most recently, he was chief financial officer at FLIR Systems, a publicly held Portland-based mid-cap technology company.

Singhi began at GM in 1989 as a research engineer. He joined Ford five years later, advancing through a series of senior finance positions in North America before being named CFO for Ford South America in 2012.

“Our vision is to become a fully integrated global automotive supplier,” says Vinnie Johnson. “Amit is a results-oriented leader with global operational and financial experience. He will provide additional strategic direction and oversight at a group level to help us reach new, higher levels of performance in the years ahead.”