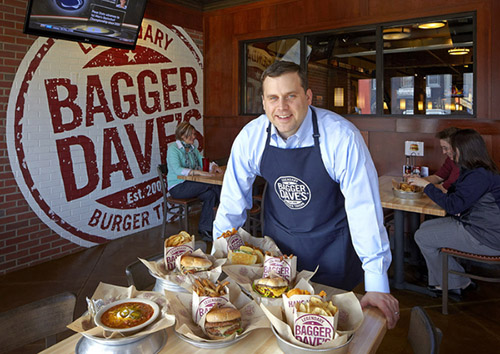 A sure sign of economic recovery is when franchises come knocking at the door. Currently, the state of Michigan is experiencing a huge trend in franchising.

According to the International Franchise Association, franchising represents $2.1 trillion in economic output, and around 18 million jobs.

Franchise placement specialist, Mark Cory, says franchising plays a big role in Michigan due to the large number of people looking to make career changes. “Not everyone who desires to become a business owner for their next career is going to have an original idea for a new product or service,” says Cory. “Therefore, a franchise business system gives them the opportunity to assimilate into a business of their own without having to create it, and build it from scratch.”

That’s exactly how one of the largest and most successful franchisees for Buffalo Wild Wings, Michael Ansley, got started in the business. In 1995, Ansley, along with his college roommate, took the plunge and bought into their first restaurant. “We learned quickly where not to put a restaurant, and how not to run a restaurant,” Ansley says. “Three tough years later we got things turned around.”

The duo went on to open 20 more Buffalo Wild Wings’ locations. They plan to add 17 more outlets by 2017.

What’s more, in 2008, Ansley went from being a franchisee to a franchisor when he launched Bagger Dave’s Legendary Burger Tavern in Berkley, a full-service, build your own burger restaurant. “Being a franchisee has taught me the business,” Ansley says. “But developing a concept and moving on to franchising is much more rewarding.”

Ansley, president and CEO of Southfield-based Diversified Restaurant Holdings Inc., says the company posted revenue of $45 million in 2010, and projects sales of $59 million in 2011. The franchisor recently announced plans to cross state lines and expand nationally. “Franchising plays a big role in Michigan,” Ansley says. “It gives franchisors access to capital to expand their brands, and franchisees an opportunity to become entrepreneurs. This is a win for the state because this creates jobs and tax revenue.”

And he’s not alone. After 25 years in the financial service industry, John Early switched gears and started shining shoes. But he’s not just any shoe shiner. Early drives a truck, along with his partner and son-in-law Mike Kompoltowicz, to businesses that request their services. Once the fully equipped vehicle arrives at a business, the pair gathers up all the shoes. In most cases, they take the shoes back to the truck for a professional shine before returning them. “Some buildings will have us bring one of our mobile units right into their facility and set up in a convenient area,” says Early. “We will shine the shoes right there, and (our customers) return in 30 to 45 minutes to pick them up.”

Launched in March, the aptly named Shoe Shine Guys service Ann Arbor, Southfield, Birmingham, Bloomfield, Farmington Hills, and Troy. Next up is downtown Detroit. The pair also added a shoe repair shop in Canton Township. Early says there is “pent up demand” for businessmen and women that are eager to get their shoes shined.

“The economy as well as companies moving out to the suburban areas over the last 10 to 15 years have caused a lot of people who were in this line of work to retire or just close up shop,” Early says. “It’s something that people missed having around.”

With four employees, The Shoe Shine Guys also tap various cobblers for certain repair needs. Depending on the condition of the shoes, a cobbler may require a week’s time to complete repairs. “Seventy percent of our repairs are women’s shoes,” Early says. “They tend to damage the heels at a greater rate than men do.”

His original plan for the business was to build it into a 6 to 8 truck company that services the Detroit metro area. The company just purchased its second vehicle in June. Early’s advice for other prospective business owners is straightforward: Be prepared, both mentally and financially. Businesses work best when the owners are passionate, he adds.

Cory says franchisees need to hit on all cylinders. “Learn about the breadth of categories and investment levels available and how to conduct your research,” he says. “Create a model of your own ideal business, taking into account your goals, transferable skills, preferences, personality, and a comfortable investment budget. Identify some franchise options that match up with your model.”