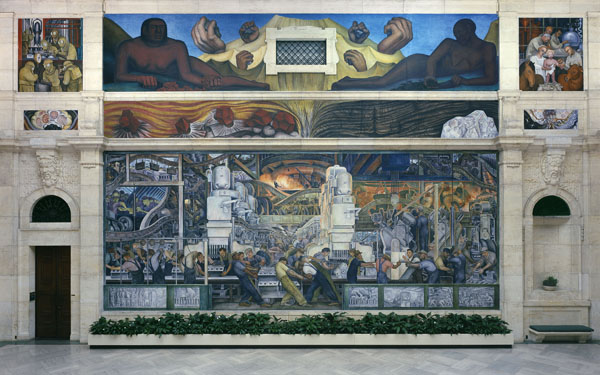 In a bid to enhance the Detroit Institute of Arts, the institution is asking residents in Wayne, Oakland, and Macomb counties to approve a millage on Aug. 7. If passed, the initiative will allow for free unlimited general admission for a period of 10 years (for people residing in a county that approves the millage). Annmarie Erickson, the DIA’s COO, talks about the impact of a successful millage effort as well as the ramifications if voters turn down the measure.

DB: How has the campaign been going?

AE: I am cautiously optimistic. Given it’s an August election, it’s all about getting the vote out. The reception has been positive, and we hear from many people who say they will vote for it. If the millage passes (0.2 mil), it will be the first time in more than 20 years that the museum will have financial stability.

DB: What other goals have been formed around the millage?

AE: It will allow us to continue to provide excellent programs and activities, and build upon our unrestricted endowment. Right now, we have an endowment of a little less than $100 million. Our goal is to build the operating endowment during the timeline of the millage to $300 million.

DB: How has the museum prepared for the millage?

AE: The millage will cost the average homeowner about $15 a year, which we tell people is a little more than $1 a month. The lead up to the millage goes back to 2007 when we completed a major renovation. We created a museum focused and centered on our visitors. We also reorganized in 2009, laid off 20 percent of our staff, and cut our operating costs. It was all a preamble to say to voters that we did everything we can, and now we need your help for the next 10 years.

DB: How have you been getting the word out?

AE: We’ve been speaking at libraries, senior groups, and community groups. We have our “Inside Out” project where we bring art into the communities. We have law signs, literature drops, and an advertising campaign. It’s been a real education.

DB: What’s on the horizon?

AE: We have close to 300 full- and part-time employees, and we have an annual budget of $25 million. We’ve had a terrific summer so far with our exhibits, including Patti Smith Camera Solo (photo and art collection), Five Spanish Masterpieces, and Picasso and Matisse. On Aug 8., and running through Sept. 2, we will have Vermeer: Must-See Masterpiece, which will be one of the artist’s 35 known works, “Woman Holding a Balance.” It’s coming from the National Gallery in Washington, D.C. In October, we will have “Faberge: The Rise and Fall,” which will offer more than 200 objects (Oct. 14 to Jan. 21).

DB: What happens if the millage fails?

AE: We won’t close immediately, as we have signed contracts for exhibitions. On Aug. 8, we will sit down and go through the vote and begin cutting the budget. We also will look at core operations. We will be planning for budget cuts and staff cuts. We could be open minimally, perhaps two days a week, or there might be a closure. We hope the millage passes.