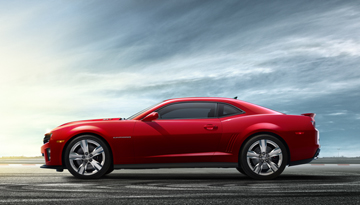 Gentlemen, start your engines. The 17th Annual Woodward Dream Cruise has arrived. With the commencement of the Aug. 20 Dream Cruise, it’s no wonder that the Motor City has cars on its mind. The event has become one of the largest automotive gatherings in the world, bringing in hundreds of thousands of fans and scores of classic cars.

Experian Automotive, a company that tracks vehicle sales registration data for the auto industry, looked at the statistics for some of the most popular cruising cars on the road. This group included the Ford Mustang, Chevrolet Corvette, Dodge Challenger, and Chevy Camaro. Overall, the Mustang proves to be the unarguable leader with more than 2.2 million vehicles in operation. A clear lead from the next closest contender, the Camaro, which has 825,940 registered vehicles.

Yet it seems the times are a-changin’. Since the third quarter of 2009, the Camaro has consistently outsold Mustang based on new vehicle registrations.

Consumers have chosen the Camaro for many reasons. As the Mustang’s gained horsepower in recent years, the Camaro has stayed out front (the Mustang V6 offers 305 hp, while the Camaro V6 checks in at 323 hp). The new Camaro also offers a Rear Vision Package, which gives drivers parking assistance and images from a rearview camera. The Camaro also offers an updated interior line — steering wheel, front seats, and instrument panel.

What’s more, during the second quarter of this year, the Camaro weighed in with 28,330 new registrations listed, compared to the Mustangs 23,411.