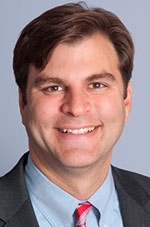 DETROIT — Ned Staebler, Wayne State University’s vice president for economic development, has been appointed president and CEO of TechTown Detroit, the Detroit business accelerator and incubator founded in partnership with the university in 2000.

TechTown supports both technology-based and traditional businesses through programs such as SWOT City, Retail Boot Camps and the Detroit Technology Exchange. It has been especially important to the city’s economic revitalization in the years following the nationwide financial crisis. Between 2007 and 2014, the organization has served more than 1,000 companies, which raised over $107 million in startup capital and contributed to neary 1,200 jobs to the local economy.

Prior to joining Wayne State, Staebler, served as the vice president for capital access and business acceleration at the Michigan Economic Development Corp., the state’s lead advocate for business development and economic growth.  As part of these efforts, Staebler led the investment and management of $600 million in state funds into entrepreneurial companies, venture capital and private equity funds, and strategic service providers.

Staebler, of Ann Arbor, serves on numerous other boards, including Midtown Detroit Inc., NextEnergy, MichBio and the Detroit Historical Society. He earned a Bachelor of Arts from Harvard University with a concentration in government and an Master in Science in comparative politics from the London School of Economics and Political Science.