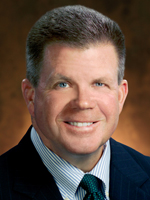 Maher joins Talmer from Flagstar Bancorp, where he served as executive vice president and director of mortgage banking servicing and operations. During his tenure at Flagstar, he directed the bank’s mortgage loan origination processing units and its residential mortgage loan servicing operations. Previously, he held a variety of senior executive positions in finance, risk management and operations at CitiMortgage and its predecessor firms, ABN AMRO Mortgage, LaSalle Bank, and Standard Federal Bank.

As a resident of Michigan, Maher also has been involved with numerous business and civic associations, including the March of Dimes, Lighthouse Emergency Services, Habitat for Humanity, and Cornerstone Schools.