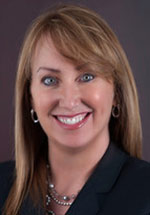 TROY — Margaret A. Scott, a partner with Secrest Wardle, has been named as chair of Michigan Arson Prevention Committee’s Government Resources Committee.

The committee, formed in 1973, is comprised of representatives from a variety of industries, including fire and police services, business, insurance, and governmental entities. The group has a strong commitment to reduce arson across the state of Michigan.

Scott, of Commerce Township, served the majority of her career at the Oakland County Prosecutor’s Office as a special prosecutor, where she was elevated to the office of chief of the auto theft unit.  As a felony trial prosecutor, Scott prosecuted crimes involving insurance fraud, identity theft, embezzlement, and arson of insured property.

For her dedication to the fight against auto theft and insurance fraud, Scott received the Bob Sattler Award by the North Central Regional Chapter/International Association of Auto Theft Investigators.

Scott earned a Bachelor of Art from from Michigan State University in criminal justice and psychology. She received her juris doctor from Wayne State University Law School, and is a member of the State Bar of Michigan