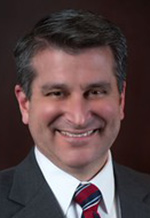 Michael P. Salhaney has joined Secrest Wardle as a partner in the firm’s Troy office.

Salhaney is a member of the firm’s municipal practice group and practices criminal defense, child custody, alimony, child support, and divorce and separation matters. He is a former Oakland County assistant prosecuting attorney, having served for 10 years.

Previously, Salhaney was city attorney for the City of Birmingham, City of Orchard Lake Village, and various cable television consortiums such as the Birmingham Area Cable Board and the Intergovernmental Cable Communications Authority, as well as various school districts including Dearborn Public Schools.

He earned his Bachelor of Arts in Justice, Morality, and Constitutional Democracy from the James Madison College at Michigan State University. He earned his juris doctor from the Detroit College of Law.