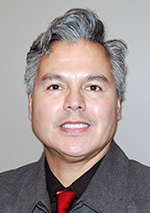 Sebelius said the Tribal Advisory Committee’s primary purpose is to seek consensus, exchange views, share information, and provide advice and recommendations. The committee facilitates any other interaction related to intergovernmental responsibilities or administration of HHS programs and accomplishes its goals through meetings, conversations, and forums with federal officials.

“The Secretary’s Tribal Advisory Committee signals a new level of attention to government-to-government relationship between HHS and Indian tribal governments,” Payment said. “I am honored a cabinet level government official has selected me for this service to our country overall and Indian country specifically.”

Payment noted that HHS oversees Indian Health Service and tribal Head Start programs, along with Centers for Disease Control and various other funding sources from which the tribe benefits.

“I want to thank Sault Tribe Board member Cathy Abramson for making the nomination,” Payment said. “I think as the chair of the National Indian Health Board, her nomination carried significant weight.” Abramson, an elected director from Sault Tribe Unit 1, serves as the committee’s Bemidji Area representative along with tribal leaders from 11 other areas across the nation.