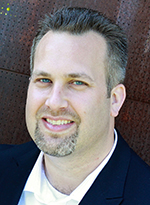 Clinton Township-based Sanders and Morley Candy Makers has named Kevin Jablonski as its vice president of operations and technology.

Jablonski, of Royal Oak, previously served as director of information and communications systems at Sanders. He will be responsible for managing a team to continue streamlining technological and operational efficiencies to further enhance the organization’s development on a national level.

Previously, Jablonski worked at the  Bruce Building Co. in Troy, where he served as project manager, then purchasing manger. Additionally, he also was IT director with My Insurance Expert, an online insurance brokerage firm based in Troy.

Jablonski attended the University of Detroit Mercy to study electrical engineering while he also operated his own dial-up internet service company.